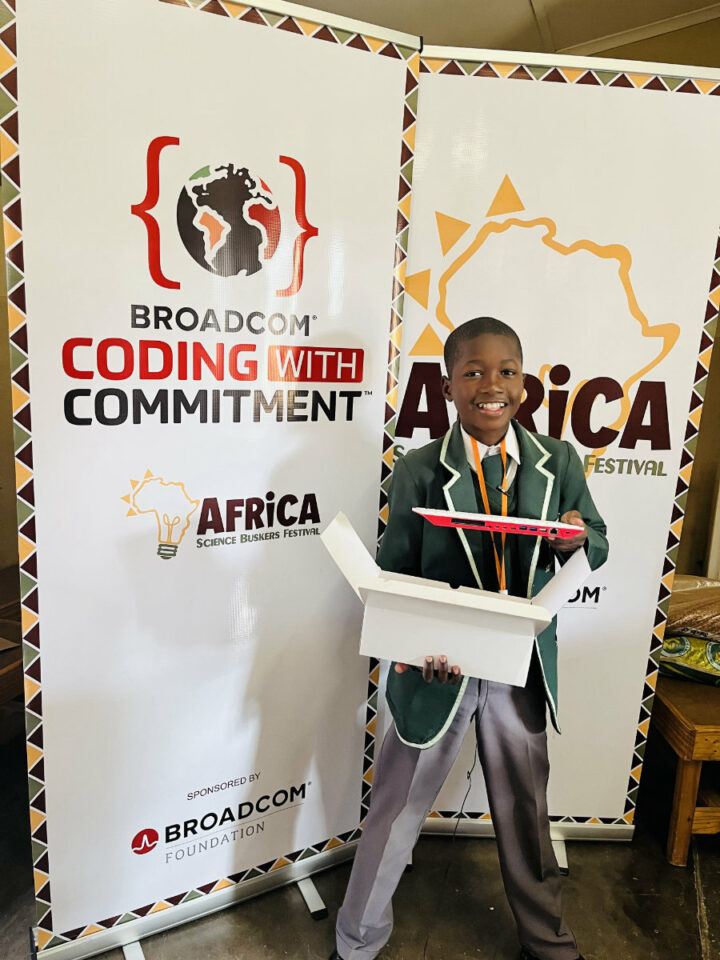 Nkosiyami Mapara was recognized with the Broadcom Coding with Commitment award at the 2022 Africa Science Buskers Festival, the premier global competition for science and engineering students in Zimbabwe for his project called Using Coding to Increase the Disposal of Litter & Recycling in the Community.  He is a student at the Nyameni Primary School in Marondera, Zimbabwe.

Sponsored by Broadcom Foundation, Broadcom Coding with Commitment recognizes students in grades 5-8 who combine STEM learning with coding to solve a community problem they care about that aligns with the 17 Sustainable Development Goals of the United Nations.

Growing up in a provincial town called Marondera, Nkosiyami was introduced to science fair projects by a friend who competed at the Regeneron International Science and Engineering Fair (ISEF).  Nkosiyami was fascinated with the idea of tackling socio-economic problems using technology.  Using the Internet, he taught himself basic coding and is now applying his skills to create applications that help others.

“Nkosiyami is a role model for all students who recognize a problem in their community, and have the passion and drive to learn coding to solve it,” said Paula Golden, President of Broadcom Foundation. “Nkosiyami’s project aligns with the 6th Sustainable Development Goal of the United Nations – Clean Water & Sanitation, and we applaud him for ‘thinking globally and acting locally.'”

Nkosiyami plans on further developing his game with his new Raspberry Pi, making it widely available through the community. He is also introducing coding to his friends who will help create more programs that can improve the well-being of people in his community.