Broadcom Foundation, proud sponsor of the Broadcom MASTERS and Broadcom MASTERS International, will conclude its title sponsorship of the Society for Science’s premier middle school competition this fall in favor of its new signature program Broadcom Coding with Commitment.

The Broadcom MASTERS competitions have been a defining CSR celebration for over a decade. Broadcom Coding with Commitment will focus on digital-literacy by encouraging coding and computational skills to solve the 17 Sustainable Development Goals of the United Nations; it will be supporting development of Code Clubs for under resourced youth in partnership with the Raspberry Pi Foundation. The foundation will continue to sponsor 50 science fairs throughout the US as well as collaborate with Broadcom India to sponsor the IRIS National Fair. The Broadcom Foundation will continue its Broadcom Coding with Commitment award in the Society’s national middle school competition under its new title sponsorship.

A MESSAGE FROM OUR PRESIDENT

“We have been honored to sponsor the Broadcom MASTERS for twelve exciting years and take great pride in Broadcom MASTERS alumni throughout the United States and the world who have matured into talented scientists, engineers and innovators and whose significant contributions in STEM were forged during their all-important middle school years. We know Thermo Fisher Scientific will build upon this tradition and wish them success as the Society’s new competition partner.”

Questions should be directed to Dana Orsini at dana@brcmfdn.org.

Broadcom Foundation champions signature programs that promote 21st century skills of critical thinking, collaboration, communication and creativity as well as the confidence to lead and a be productive team member.

To achieve this, the foundation taps science and engineering fairs affiliated with the Society for Science and Coolest Projects produced by the Raspberry Pi Foundation to encourage, inspire and reward application of these skills. 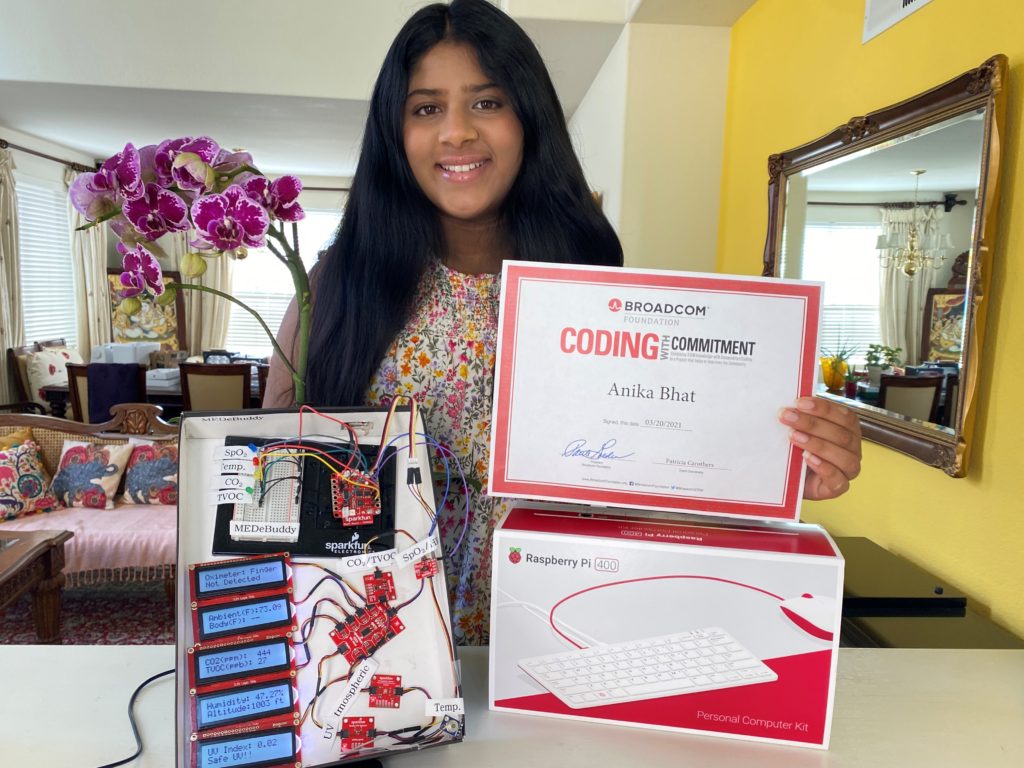 At the regional level, Broadcom Foundation sponsors Broadcom Coding with Commitment™ at fifty regional science and engineering fairs in which a participating student can win a cash prize and a Raspberry Pi kit for a project in any category that combines STEM Knowledge and Computation/Coding in the project’s research, design, or development and which expresses a passion for helping or improving one’s community.

The prize takes into consideration access (or lack thereof) to STEM and computing tools to fairly weigh and consider innovative projects by low-income and under-represented students whose resources may be more limited than to other competitors.

Broadcom MASTERS® (Math, Applied Science, Technology and Engineering as Rising Stars), is the premier international middle school science and engineering fair competition. A program of the Society for Science sponsored by the Broadcom Foundation, Broadcom MASTERS participants reap the benefits of project-based learning and collaboration with teachers, mentors and professional scientists and engineers.

The Broadcom MASTERS awards cash prizes and gifts to all MASTERS nominees and their teachers at every level of competition. National finals are held each fall, and top prizes include the $25,000 Samueli Foundation Prize, a gift from the Samueli Foundation, the $10,000 Marconi/Samueli Award for Innovation and the Broadcom Coding with Commitment prize of $10,000.

Learn more about the Broadcom MASTERS Top 30 finalists and meet them here. 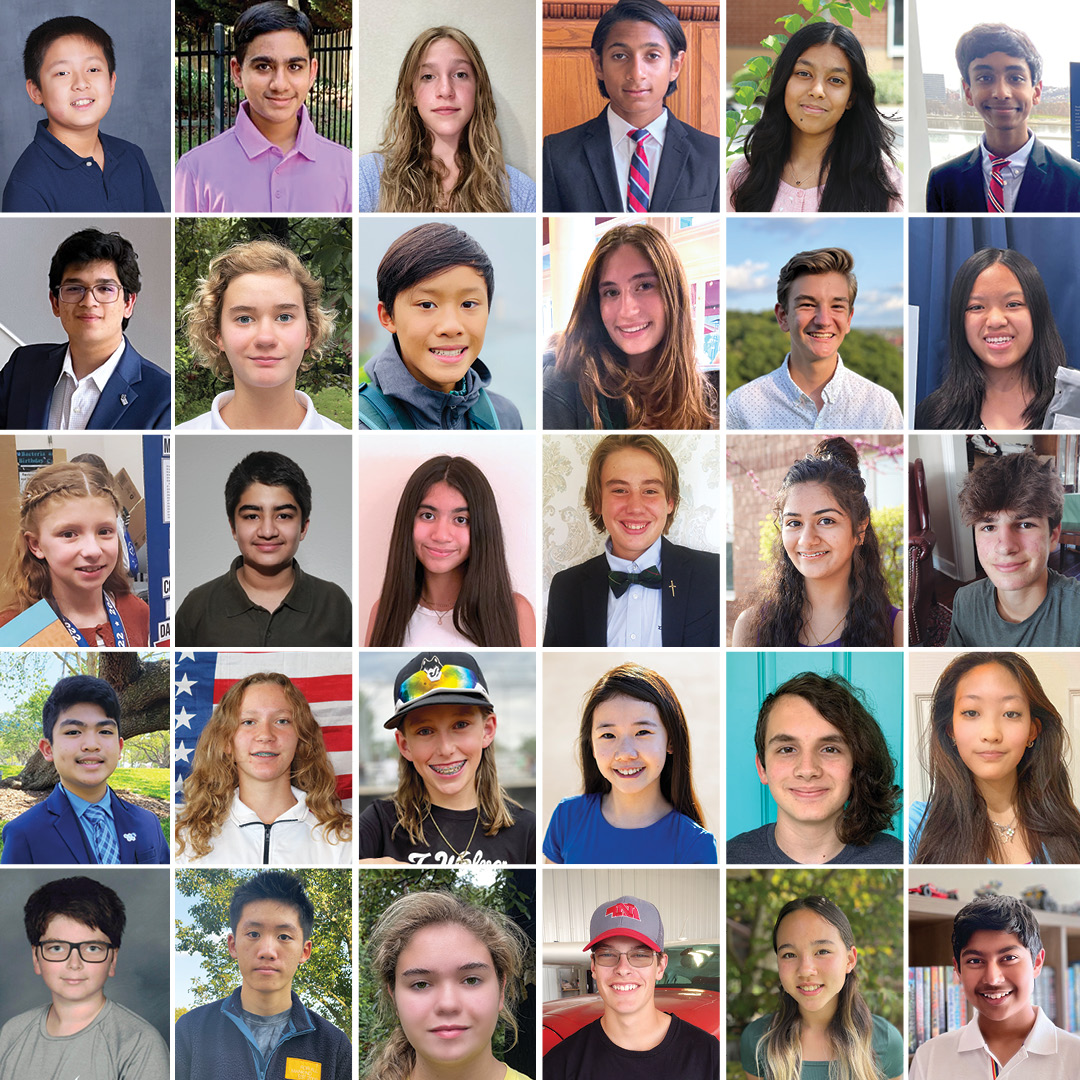 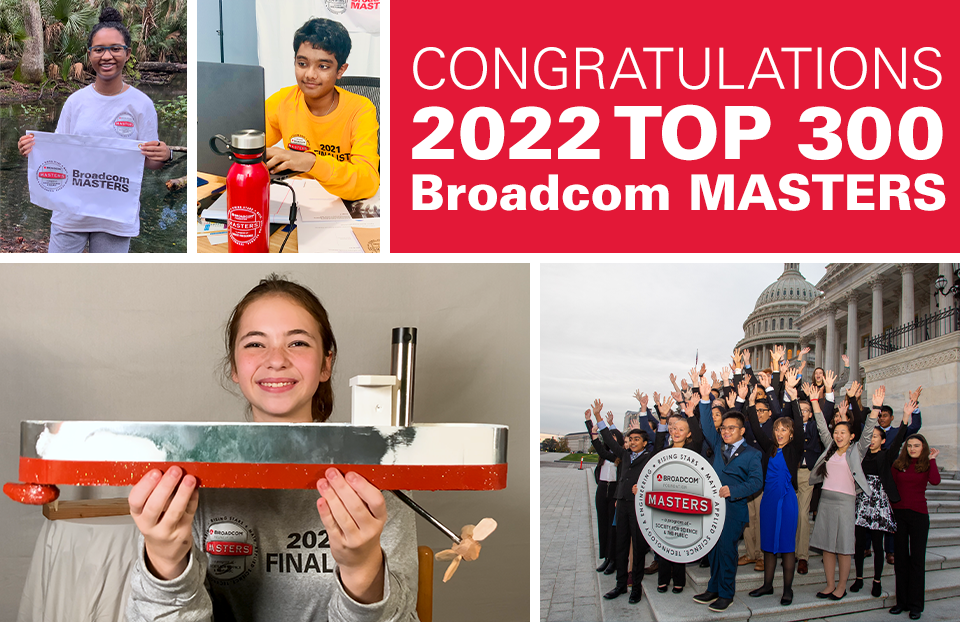 Akilan Sankaran, 14, Albuquerque, New Mexico, won the $25,000 Samueli Foundation Prize, for his computer program that can calculate “highly divisible numbers,” sometimes called antiprimes, more than 1,000 digits long as well as his leadership, collaboration and critical thinking skills. The prize is a gift of Dr. Henry Samueli, Chairman of the Board, Broadcom Inc., and Chair of the Broadcom Foundation and his wife, Dr. Susan Samueli, President of the Samueli Foundation.

Josephine E. Schultz, 14, San Antonio, Texas, won the $10,000 Marconi/Samueli Award for Innovation, an honor made possible by Samueli’s generous donation of his 2012 Marconi Society Prize Award. The finalist demonstrates both vision and promise as an innovator, in the spirit of radio inventor Guglielmo Marconi. Josephine studied painted lady butterflies and found that changes in light patterns can affect their emergence from their chrysalises by up to two weeks.

Hailey Miya Van, Irvine, CA discovered that if CO2 emissions continue, oxygen level in more than half of the world’s oceans will fall to dangerously low levels by 2150, and ocean acidity levels will dramatically worsen.

Camellia Sharma, 14, Henrico, Virginia, won the $10,000 DoD STEM Talent Award for demonstrating excellence in science, technology, engineering or math, along with the leadership and technical skills necessary to excel in the 21st Century STEM workforce and build a better community for tomorrow. Camellia built a 3D-printed aerial drone/boat that can fly to a spot, land on the water and take underwater photos. Her software can then count the fish living there.

Prisha Shroff, 14, Chandler, Arizona, won the $10,000 Lemelson Award for Invention, awarded by The Lemelson Foundation to a young inventor who creates a promising solution to a real-world problem. Prisha developed an AI-based wildfire prevention system that uses satellite and meteorological data to identify fire-prone locations and deploy drones there.

Ryka C. Chopra, 13, Fremont, California, won the $10,000 Robert Wood Johnson Foundation Award for Health Advancement, which recognizes the student whose work and performance shows the most promise in health-related fields and demonstrates an understanding of the many social factors that affect the health of communities. Ryka geocoded the locations of fast-food restaurants to see if they are built near populations of obese people, perhaps contributing to the obesity cycle. 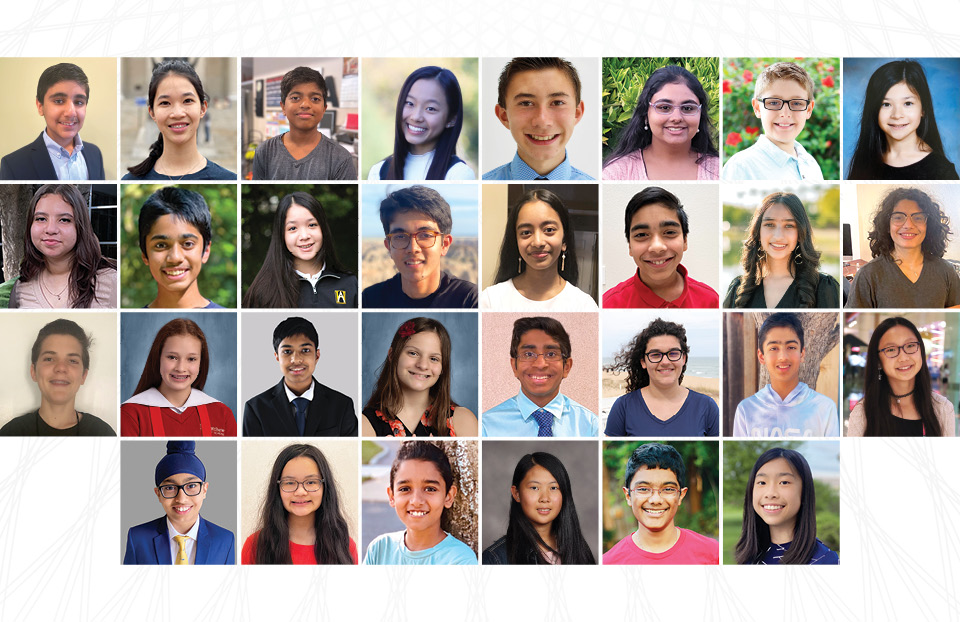