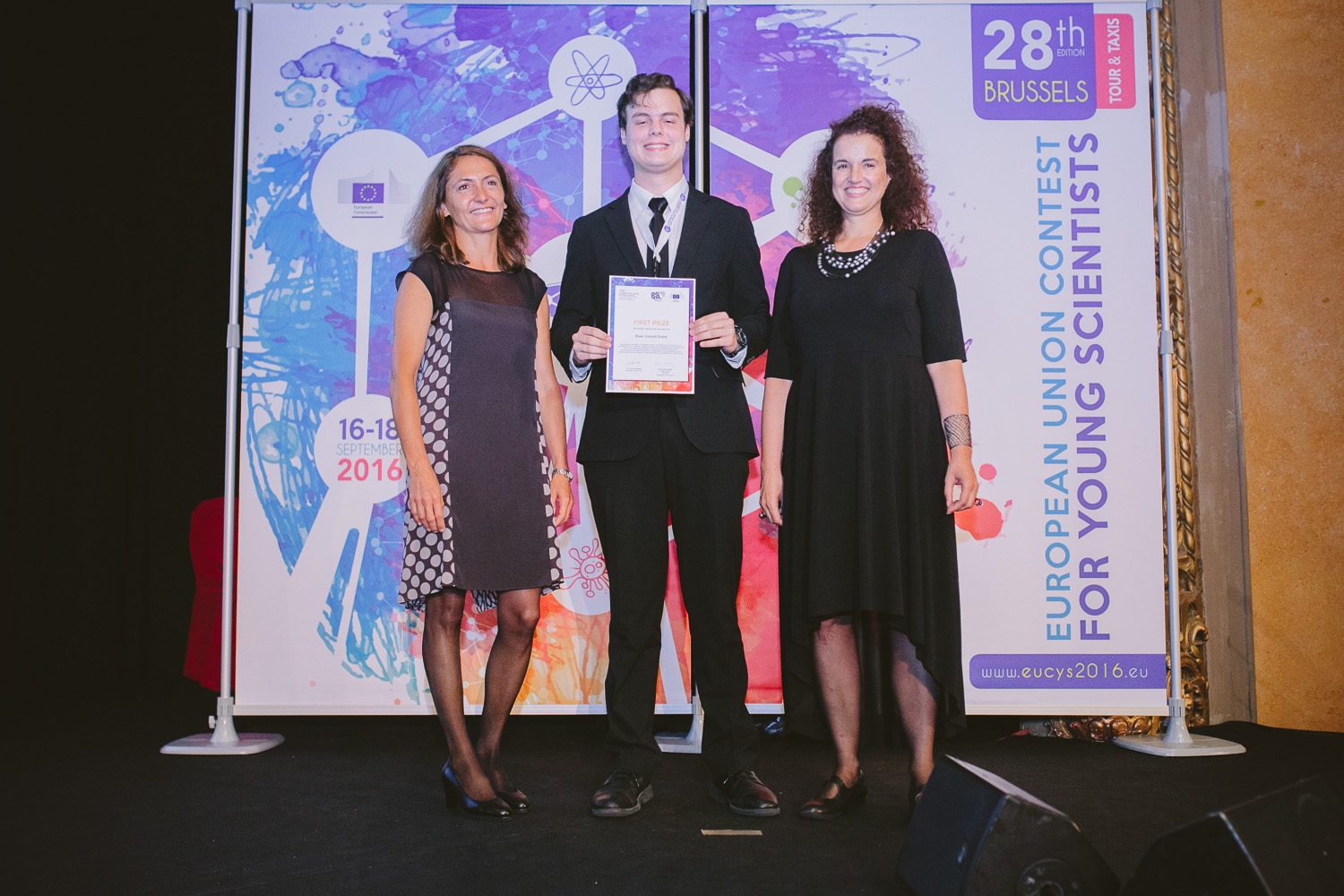 Perpetual curiosity and a passion for animals has propelled River Grace, 17 of Melbourne, Florida from winning the Samueli Prize at the Broadcom MASTERS in 2013 to his 1st place finish at the 2016 European Union (EU) Contest for Young Scientists last month. One of only 3 Americans invited to compete, Grace brought home a big win for the United States for his investigations of the brahminy blindsnake’s central nervous system. 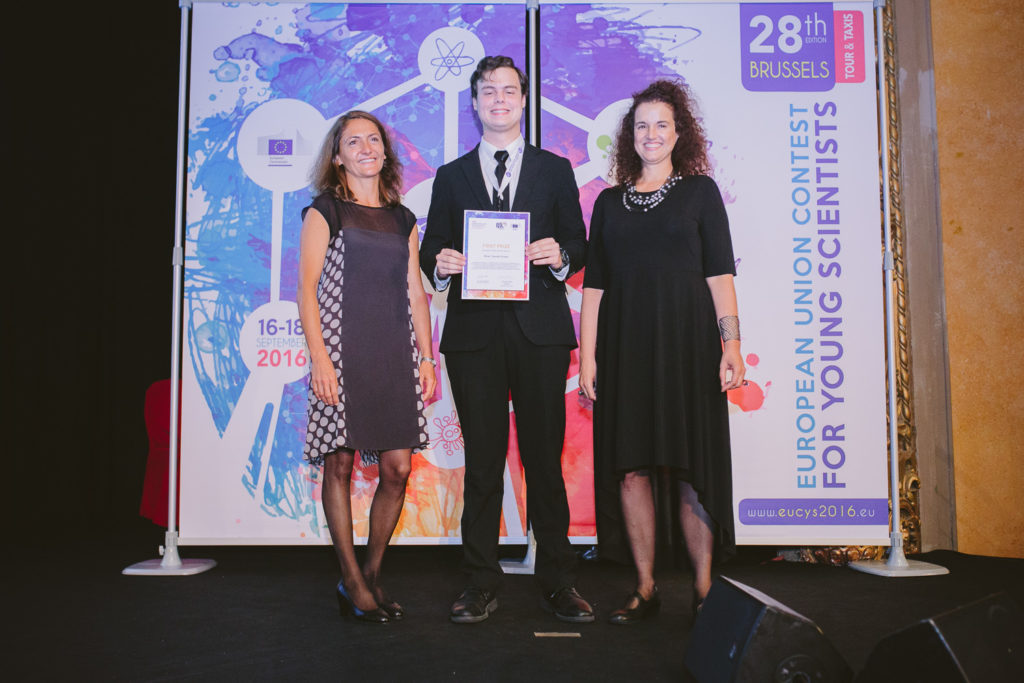 “I was both astounded and deeply grateful to have been selected for the honor of 1st place, and delighted to represent my nation and meet other young scientists who had a passion for knowledge, just like me – actually this reminded me a lot of the Broadcom MASTERS!” Grace said.

Grace’s investigation uncovered that the blindsnake has functional eyes (no one knew!)

When Grace first identified a blindsnake, his immediate thought was “are they really blind?” He then took his inquiry deeper to examine the snake’s nervous system organization. Because it’s one of the smallest vertebrate animals on Earth with fewer cells (not smaller cells), the blindsnake’s simple nervous system may give us important clues about the human brain.

“Many scientists are working on studying the complexity of the human brain, but I decided to try a different approach,” Grace said. “I figured I might be able to define the basic principles of brain organization by studying a highly simplified vertebrate.”

Growing up around animals, Grace’s passion for STEM began at a young age when he entered his first science fair with a project based on research that stemmed from observing his pet tortoises. Grace noticed they seemed attracted to bright objects like strawberries. He wondered, “do tortoises have color vision?” 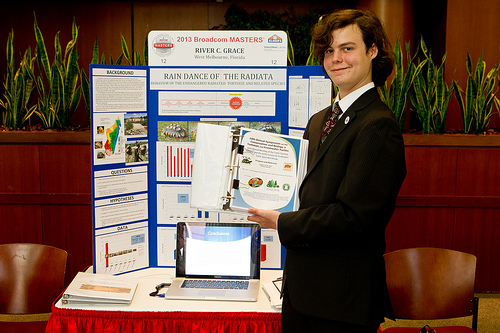 As his project progressed Grace aspired to work with a species that needed help, so he began studying the critically-endangered radiated tortoise from Madagascar. His research helped him discover their bizarre “rain dance” that “excited my passion all over again, leading me to further research,” said Grace.

Grace’s project-based critical thinking skills nabbed him a spot as a finalist at the 2013 Broadcom MASTERS, a national science, technology, engineering, and math competition for middle school students. During an intense week of competition and team-driven comradery, Grace not only excelled in all four STEM fields, but scored off the charts in leadership and communication, garnering him the competition’s $25,000 Grand Prize sponsored by the Samueli Foundation.

“Broadcom MASTERS truly changed my life. It was the first time I’d ever been in an environment where I felt everyone around me shared the depth of my scientific excitement and passion,” Grace said. “It was a place where my mind was challenged and provided lifelong friends. It inspired me to reach for where I am today, that my ideas had no limits and I can go as far as my mind can take me.”

Since the Broadcom MASTERS, Grace has participated in immersive summer science internship programs, studied wildlife in the Galapagos islands and in the far western Amazon, and travelled both around the U.S. and internationally for science competitions. “Nothing is quite like the times I had at the Broadcom MASTERS,” he says.

Back home, Grace is a busy young man. While continuing his research on how the brahminy blindsnake’s nervous system anatomy manifests its behaviors, he is writing college applications, captain of the academic quiz bowl team, is a pianist in a jazz ensemble and plays the keyboard in a rock/ blues garage band.

To learn more about River Grace and the Broadcom MASTERS: https://broadcomfoundation.org/blog/broadcom-masters/rising-star-river-grace-14-takes-home-2013-broadcom-masters-grand-prize/

To learn more about the EUCYS, an initiative of the European Commission, the annual showcase of the best of European student scientific achievement: https://www.youtube.com/watch?v=LekGI5NaEwU