“Coding should be taught alongside letters and numbers.”

As a judge (and now an Advisory Board Member) for the Gwinnett County Science & Engineering Fair outside of Atlanta, GA, Scott Cummings, Senior Principal Program Manager for the Residential Broadband Group for Broadcom Inc., is spearheading Broadcom Foundation’s new recognition called Broadcom Coding with Commitment, that recognizes students in grades 5-8 who combine STEM learning with coding to solve a community problem they care about that aligns with the 17 Sustainable Development Goals of the United Nations.

“Coding will be inescapable in the future, and we are seeing more young people using code to solve problems that they are passionate about,” said Scott. “There is a great need to enable students to enter a future world where coding will be a required language needed to achieve success, and the Broadcom Coding with Commitment seeks to encourage and enable students for this future world.”

Scott grew up playing soccer and liking math. His dad bought an Apple 2E – one of the first in the neighborhood, and he started playing computer games with his brothers.  They soon wanted to write their own games, and he became hooked on computers.  He was a member of the first computing team at Irmo High School in South Carolina and entered the first computer competition in the state.  Scott was also an avid soccer player and won a state championship his junior year.

He studied electrical engineering at Georgia Tech, getting both a Masters and Bachelors in Electrical Engineering.  He designed his first CMOS chips at Ivex, and then a BiCMOS communications chip and GaaS Vector ALU at Convex Supercomputers.  At Iterated Systems, he built infrastructure for Fractal Video compression chips, and then went to ESP as the lead designer for DSL modems, set-top boxes and cable modems.

At Broadcom Inc., Scott is now providing critical broadband support for cable providers.  After raising 3 kids (who all became engineers!) and coaching soccer for many years, judging science fairs seemed like a good way to combine his coaching tactics with technical know-how.

“I always tell colleagues, judging is like coaching a sport – you want to encourage students to continue asking questions, solving problems and sticking with science and math,” said Scott. “The most rewarding part of judging is when the student is very excited, and you feel their energy.  The judging migrates to what the student should do next, and ‘did you think about this?’ and you both get excited about the possibilities. That’s why I keep coming back – to have one of these conversations.” 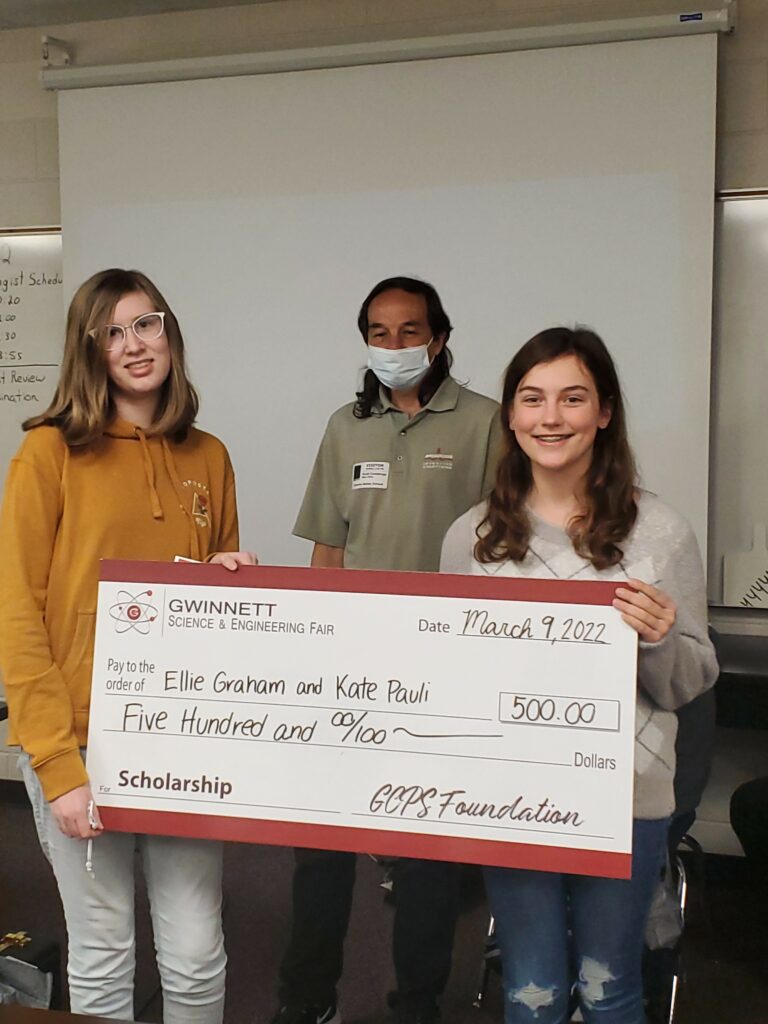 Scott presents the 2022 Broadcom Coding with Commitment winners with an award for building and programming a robotic prototype with Raspberry Pi that can deliver materials and medicines to Covid-19 patients in a hospital setting.