From a garage lab to Broadcom MASTERS Winner to Davidson Fellow and Children’s Climate Prize Finalist, Emily Tianshi is busy finding solutions to world problems while winning major accolades along the way.

Emily’s curiosity and problem-solving skills began as early as elementary school.  After her dad broke his foot, she began designing more comfortable and convenient casts for her 58 Barbie dolls, using anything and everything sticky found throughout her house.

Her first science fair project landed Emily a 2017 Broadcom MASTERS finalist spot and used biomimicry to conserve water.  She studied the Torrey Pine needle near her home in San Diego that has a moisture-harvesting mechanism, a design that could help us cope better with droughts. 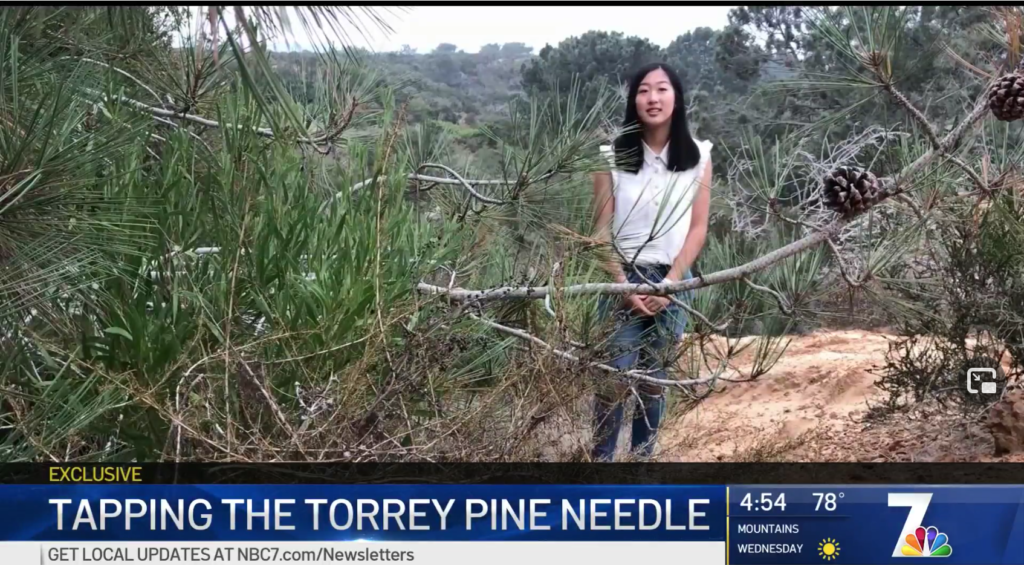 Winning the Broadcom MASTERS $20,000 Robert Wood Johnson Foundation Award for Health Advancement at 14 years old, Emily developed a patent-pending moisture harvesting material and a device that is in the process of being field tested.

She had to pause conducting new experiments when Torrey Pines State Park and Natural Reserve shut down during the pandemic. Instead, she began preparations to publish her first peer reviewed paper and focus on two organizations that she founded.

“Giving back to the community is especially important to me. I founded We Impact to empower students to positively impact their communities through STEM,” said Tianshi.  “My brother, Kyle, and I also organized the Clearwater Innovation initiative that generates awareness of the global water crisis and promotes student garage lab innovation.”

When the pandemic hit in March, Emily and her robotics team designed, assembled, and donated 3,000 face shields to 70 hospitals around the nation and raised $11,000 to fund the project.

We saw Emily’s teamwork and leadership skills at the 2017 Broadcom MASTERS where she competed against 29 other STEM rockstars from all over the nation. Held in Washington D.C., finalists engaged in team challenges including coding and designing with Raspberry Pi, a tiny but mighty computer that teaches the basics of programming to kids and adults alike. 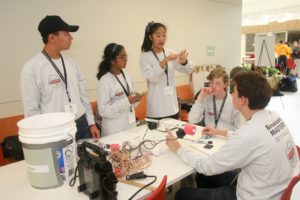 Tianshi also maintains regular contact with fellow MASTERS alumni like Sonja Michaluk who she interviewed on her work to advance local environmental legislation, and Rachel Pizzolato who visited Emily after filming MythBusters Junior.

“The Broadcom MASTERS alumni is like a big family!” says Tianshi. “We all have similar passions and interests, and it is so motivating to see everybody work hard to achieve big goals and make an impact on their communities.”

As for her future, Emily says, “I am interested in the connections between the sciences and humanities and hope to double major in Public Policy and a STEM subject. In the future, I hope to be involved in scientific research, policy making, and/or entrepreneurship. It would be amazing to be on the UN Intergovernmental Panel on Climate Change or the International Bioethics Committee!”

We can’t wait to see what the future holds for you, Emily!