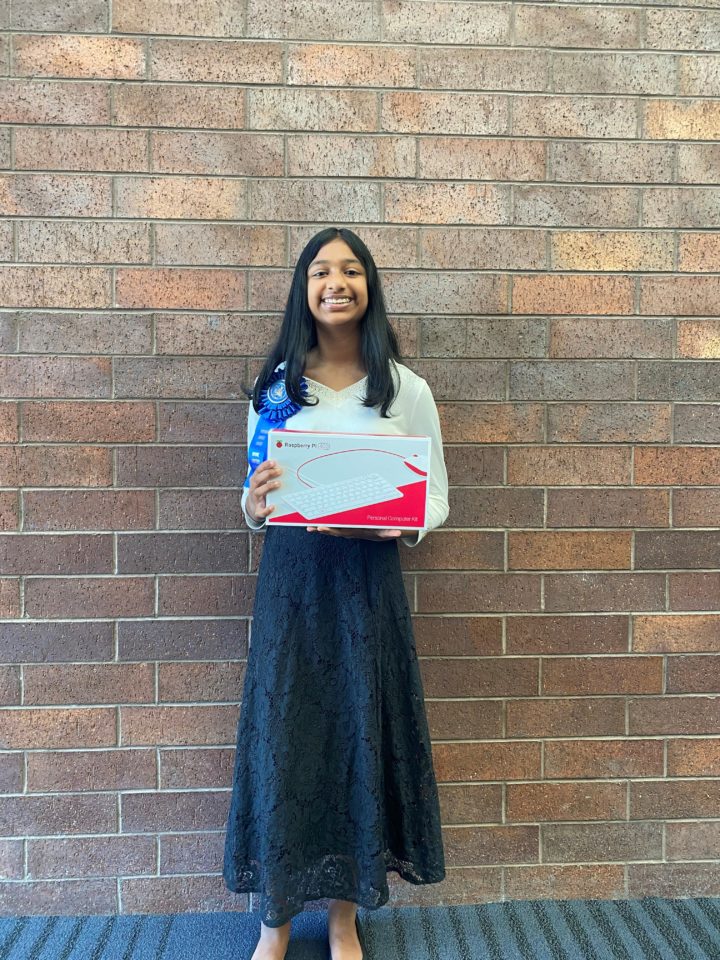 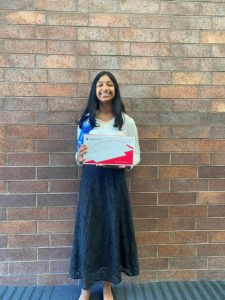 During the pandemic lockdown, Rhea’s family stocked up on food, especially fresh produce.

Unfortunately, some of the produce would rot before they could eat it, and Rhea’s mom wished for some sort of “alarm” that would inform her that the food is rotten.  Rhea also saw daily trucks delivering waste to a landfill a few miles from her house and wondered, ‘how can the amount of food waste be reduced?’

Rhea decided to use a Raspberry Pi, a low cost mini computer, to solve this problem!

“I knew I needed a sensor to monitor the fresh produce. After researching, I noticed that only using a visual monitoring system was not enough. I implemented a different element and decided to work with gas sensors as I love chemistry,” said Rhea. “As I studied food waste, CO2, and methane, I became more curious to see what I could build with these sensors and my Raspberry Pi.  With the Raspberry Pi, I was able to expand from just monitoring one food group, to being able to monitor multiple food items.”

Rhea became interested in coding at her school’s Innovation Lab during “Hour of Code” when she coded a simple Scratch game with a cat.  She then attended a Girl Scouts Orange County fair with Troop 4516 and learned how to connect a Raspberry Pi with a breadboard to turn LED lights on and off.  She thought it was fun to see the lights flicker, and then created a traffic light.

“I chose to pursue coding and Raspberry Pi on my own at home because the thought of making a creation of my own excited me,” said Rhea. “The best thing about Raspberry Pi is that it is easy to use. I was able to learn how to use it on my own by watching many online tutorials and creating fun and simple projects. The setup is also very convenient; I can reuse the Raspberry Pi, wires, and the battery pack multiple times for different projects.”

What does Rhea plan to do next!?

“I want to be a problem solver – using computing and my love for science to keep innovating and creating new products and solutions. Raspberry Pi gave me the confidence that I can build something usable with both software and hardware that can help families around the world,” said Rhea.